Tyssrocken is a polkett, or “little polka”, from the province of Värmland.  It was played by Anders Petter Thorén, from the area of Frykerud.  He was born in 1852, and died in 1928.   The title of the tune is a dialectal corruption of “tygg rocken”, meaning “the cloth coat”.  Thorén got the tune from an itinerant fiddler who had a remarkable long coat that was more memorable than his name.

Thorén himself was a remarkable musician, who put together his own first fiddle, stringing it with horsehair strings.   Eventually his profession was violinmaker and piano tuner. 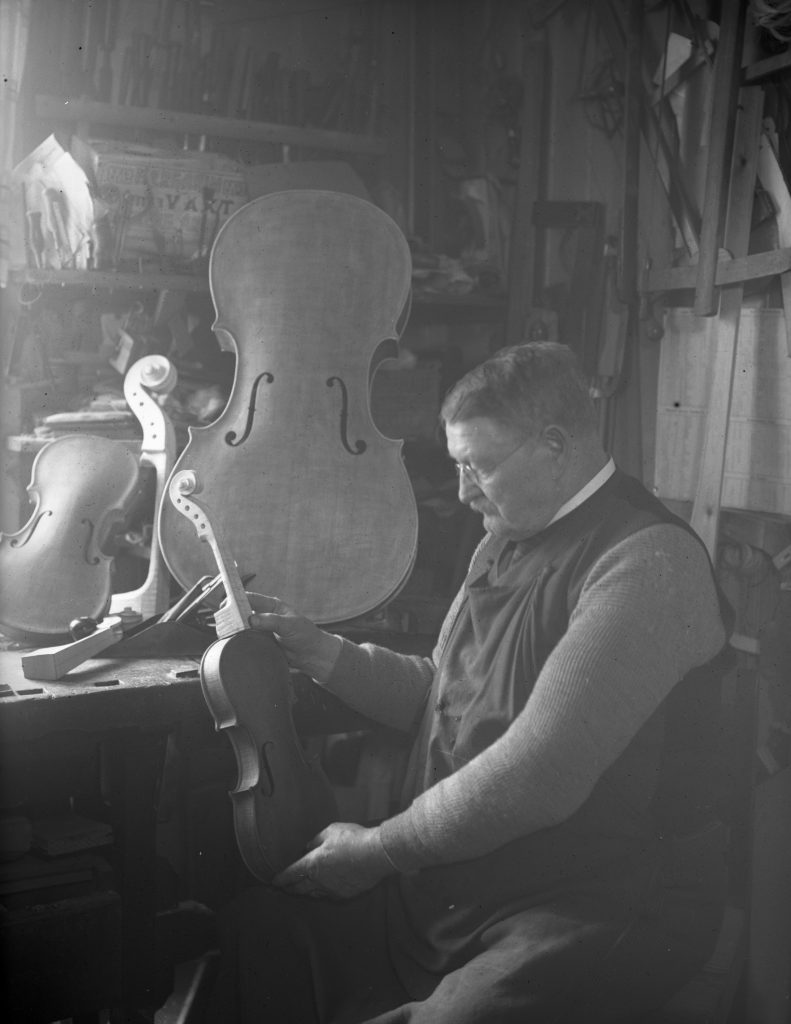 I have here a link to a YouTube video of a lecture/concert celebrating Thorén around the 90th anniversary of his death.  The video is part 2, the whole program being almost 2 hours long.   Several members of the local fiddlers’ team take part, including the grandson of Thorén himself.

Tyssrocken is played at the 14:13 mark on the video.

To the left is a photo of Anders Petter Thorén.